Time is strange, the changes it incites in the world happens at such a scale and is so ingrained in how we function that we can’t escape the limitations it imposes. As we travel forward with time its effects change both us and our environment. Moments pass and leave nothing unadjusted, everything altered by its incessant march. Growth and rot share this friend in common. Change over time a helping hand to all, both willing and mindless.

Time and it’s forceful motion is the only thing that allows for any sort of, well, anything. Time itself runs our universe and mandates the order in which processes happen. From the order and direction time provides, we step forward, beings that poses the ability to measure and notice its passing. Complex objects that do more than react to the shifting world but define the changes that take place with our own hands. Humans who take their will and make the world react to us.

With time we are able to make our own world, the first steps taken in any journey will always require some amount of time. On grander scales time is your worst enemy, changing the game field and destroying your stockpiles. But if the game were to stop, then no one would be any better for it. No progress could be made, no changes, nothing accomplished or derived from all of the work put in over time.

Is it so strange to think that time, which gives us the very ability to measure it, also changes us as we pass through it? So often I see people counting on the future like its just as set as the past. Acting as though everything is and will be just as it was before, with only the changes they can predict. So many times I see people ignore the warnings of those who have been battered by time, who have seen their beauty fade. I’ve seen them warn those in their glory days that time will see them fade as well.

We often compare ourselves to who we were years ago, to a person that existed before X amount of time. But what if you looked at the small scale. How long ago did you decide to do what your doing now? What length of time was required to set you in your current position, where you stand right this instant? What information do you have that may change your path in the future? At the end of the day, its unquantifiable. There is no way to trace things to that degree, but the loop it puts you through brings up an interesting question that has trapped me since I was very young. Are you really the same person you were just moments ago?

To me, the mind changes every time you get new information. So from my perspective, no, you aren’t. While you may set yourself on an unchanging path that isn’t affected by new information. Every time you look at something, or hear a sound, or even think about a past event you could change your whole path from there on. There is no defined pivot point for changing your life, your mindset, or your sanity, each step on the way alters the course. So stay aware of what your doing and the course it sets you on, it may change you. 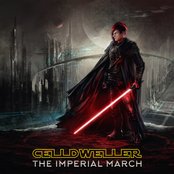 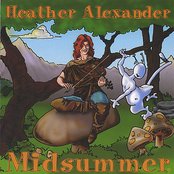