Minecraft, at the surface, is a simple game. You are given simple items and objects with easy to understand mechanics that, at face value, don’t do much. Much of the game play and story is left up to the player, there is no set meta or overarching style to the game that can be defined by any one person. It really is a game where every person is left to do what they want.
It’s a gameplay style that has flaws, sure. But at its core it’s designed to be open and welcoming to as many people as possible. A place for anyone to find a friend, where anyone can find meaning in the digital age.

The allure of Minecraft combined with Mojangs openness to modding allows for an even larger community with completely different styles of play than if it were just vanilla, even just on the semi-vanilla landscape. Anyone, with any mind set can find a place when it changes so drastically.
The modding community that has been enabled by Mojang has found amazing ways to push people to be creative and express themselves in the game. From simply enabling vanilla servers to hold more people with moderation tools and performance optimization (no small feat mind you) to creating whole new stories and sub games in minecraft with tools Mojang doesn’t even have. Every day its inspiring people to take on jobs in game development and design as well as giving them a taste of what they can do with it.

You hear a lot about this or that games community, and it’s similar for minecraft. People will point to the community for why they enjoy the game, well, any game. But the big thing I want to point out here is how varied the communities here are. We’ve touched on how different play styles can be, so far apart that players of one style may not even know the other exists. Because of the massive number of ways you can play Minecraft and the variety of players that play, there are communities for literally everything in minecraft. All of the different styles, lifestyles, and real life niches come together to enjoy what can just be a simple game.

Even in vanilla, just the game as Mojang releases it, shows how open ended things can be when you want it to be. This is my favorite part, and if you’ve watched my streams you have definitely heard me mention it. Emergence. The idea that an object is greater than the sum of its parts. If you look anywhere in minecraft, whether it be co-op survival, anarchy, plots, grand scale creative, or modding, this holds true for me. I see players all over the place taking the simple pieces minecraft provides and using them to make massively complex things. Farms, machines, mobility devices, traps, doors, terrain, songs, buildings all the way to entire worlds! It goes on and on. Each of these things made up of single meter by meter cubes with simple, easy to understand rules.

From my perspective, most of the minecraft world interacts via some intermediary. Something that tells it what to do or how to react. There are 4 that I can think of, inventories, redstone power, mob location, and block location/state. This generally relates to redstone mechanics, but is also true when it comes to interacting with the world by most other means such as shearing sheep or trading with villagers. There is some step in between that causes the interaction.

To simplify a bit, when every a player has to control or change the world, they to use at least one intermediary. They coexist in such a way that you can use them together to create machines that control or use all 4 to accomplish a task. Using a workstation to interact with a villager, updating a comparator with a chest inventory, locking a hopper with a redstone torch, and shearing a sheep with a dispenser, and updating an observer with a block state are examples of the 4 I listed.
Each intermediary have an effect on the world that is defined, but the block itself does not generally cause it. There are exceptions of course, and there are technically more intermediaries. I don’t have this down to an exact science, but the general idea that there exists an entire world based on such simple rules that we know inspires me every time.

This has been rather lengthy, so lets get down to it. why do I enjoy Minecraft so much? Well, its a culmination of everything here of course. I wouldn’t write about it if it didn’t inspire me. The fact that Mojang has worked with their community from day one to build a game that fits everyone’s needs and and allows the community to help is mind boggling to me. The amount of dedication and thought that they have put into every step inspires me to do that in my own projects. To take feedback and adjust my ideals to be more open to those who support me.
This game has given me so much, inspired me, and taken me out of my darkest times. It gives me the connections and testing grounds for my career and hobbies of the future. Minecraft, for me and thousands of other players, is more than a game. It’s what we have built ourselves around as a community, as an art style, and an outlet for our whole self. 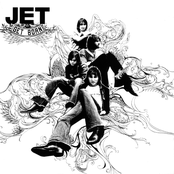 Are You Gonna Be My Girl
Jet
now playing... 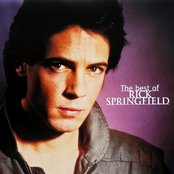 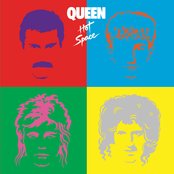