You know that person that always tries to finish your sentences for you, trying to prove that they have a sense of the world around them by making an assumption and rolling with it? Well everyone does that, or at least their brain does. When you hear something your brain tries to predict what it is as soon as the sound begins, the more information it receives the more defined of an idea it has. As it hears a word in the sound it switches to recognizing speech, and tries to make it easier to understand malformed sound by predicting hat word will come next. This can make it hard to understand people who have a different accent than you, or if the topic suddenly veers off course from what you were expecting. If you pay attention there is always a part of your mind running those predictions when your talking with someone, a part of you trying to make the audio processing job easier by ruling out words based on context. A sort of echo in the background of your thoughts that jumps in reaction to every new word.

Now because of that, we do have instances where our brains make mistakes. Where we expect a different sound than what was said and it’s enough to cause confusion. This is normal to happen in day to day life and our brains are really good at sorting out the context to make up for the missing word. But there are times where people can have a very hard time processing audio in general and the context isn’t enough to make up for it. For me it’s an issue with how my brain compares sound and words. I don’t always know how a word sounds, and will get very confused when I come up with a different mental sound for a word than what I hear. That leads to a cascade of misinterpreted sounds that just mix up the context and ruin any chance I had of accurately getting the word right.

There are thousands of reasons why someone might have issues with processing sound though, and it varies in intensity. For me, it generally just means I’ll ask for the word again or ask you to spell it while for others they may not be able to recognize certain sounds on demand or even understand speech. Most of us who have this diagnosis learn to deal with it when we are young, whether by therapy or necessity. So it is often a forgotten part of myself, coping with it becomes something I do in reaction to everyday life. Just another thing that gets between the communication of two people, and a reason to listen more intently than the average mind. Just like any condition it’s a spectrum of symptoms, effects, and causes. So we all have to find our own weaknesses and how we can turn them around, so that we can each learn the most from each other while making the world a better place.

Sources,
Very new to citing sources on things I talk about. These are things that explain what I’ve experienced over the years of dealing with this disorder and I don’t actually quote any of them directly. Use them as a diving in point if you feel more interested in the topic. 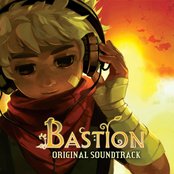