Of motion and meaning

The world screams of motion and meaning, of a story told in echos and shock waves. A sound contains more meaning than the information it conveys, but rather a whole scene laid out for the mind to interpret. A voice holds more than the person and the words, but the emotion and stance of the individual. The sound of a passing car can be more than an annoyance in a busy life, but can be a terrifying wind up as it nears a life altering moment.

For me, every sound has a certain… motion to it. There really is no better way to describe it. But every time I say that I feel sound as motion chromesthesia gets brought up, and it really doesn’t feel like that at all. For me its as if instead of hearing the sound, I’m watching a pendulum swing in a predictable pattern. As sounds get introduced that pattern changes in reaction to the sound and adds more meaning to it for me. That motion, whether its my mind reacting to or interpreting the sound, is how I recognize the sound. If I hear just a part of a familiar sound, or a persons voice in the background, then my mind starts reeling with that motion, searching for where it came from. Almost like getting a song stuck in your head, but its the idea of the song, an image of it effects rather than the actual lyrics.

Every day I get caught up by the motion of that pendulum, the patterns that random sounds will make as I’m going about my business. It gets me inspired over the most mundane things, like the methodical ticking of an office printer, or the sound of air around a cars tires. Things that happen everyday, 24/7, all around the world, but to me, in that moment, has every bit as much meaning as an orchestra.

Its so hard for me to describe what the patterns look like when it comes down to it. The more I try, the more flat and bland the end result looks compared to what I see in my mind. I don’t know if it’s due to my lack of geometry knowledge or if I’m looking at it in my head from more angles than i know how to put on paper, but its so impossibly complex that I don’t know that i’ll ever be able to capture what it looks like.

That is my one dream when it comes to art, and the large scale goal of this category of writing. To get better at describing the beauty I see in the world. To show how everything leaps out in fantastical ways that overwhelm my every waking moment and make the days worth the pain.
I hope I never loose the depth and significance that this mind frame brings to my life. That I will always look at, and hear, the world around me with new eyes and ears because, sometimes, they will surprise me with their elaborate brokenness. 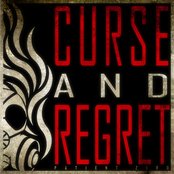